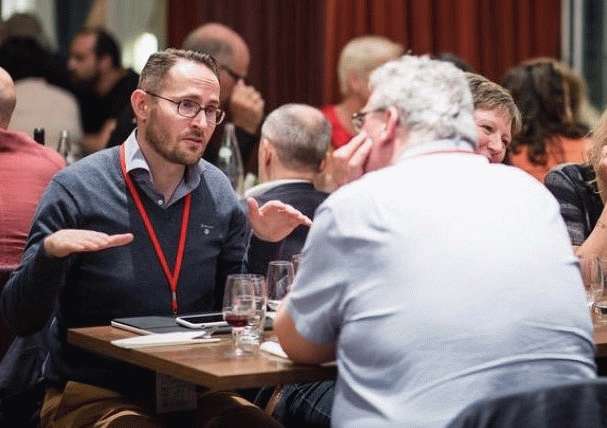 This blog post is purely my personal opinion, and one I've had for some time now, as many who have heard me repeat this over the last few years will testify!

I strongly believe this is the key to the success of the independent co-op movement in the UK. As you might have guessed I am not a "one co-op" fan, as there are many excellent consumer co-ops in the UK, and I think we should be encouraging not only the growth of the existing independent co-op movement, but also helping to start new consumer co-ops across the country. Regional co-ops I believe are the right model for the UK, and technology allows each individual co-op to co-operate, to share costs and to be efficient, in ways unimaginable previously.

Let me explain why I think the independent co-op movement should get behind the international brand... 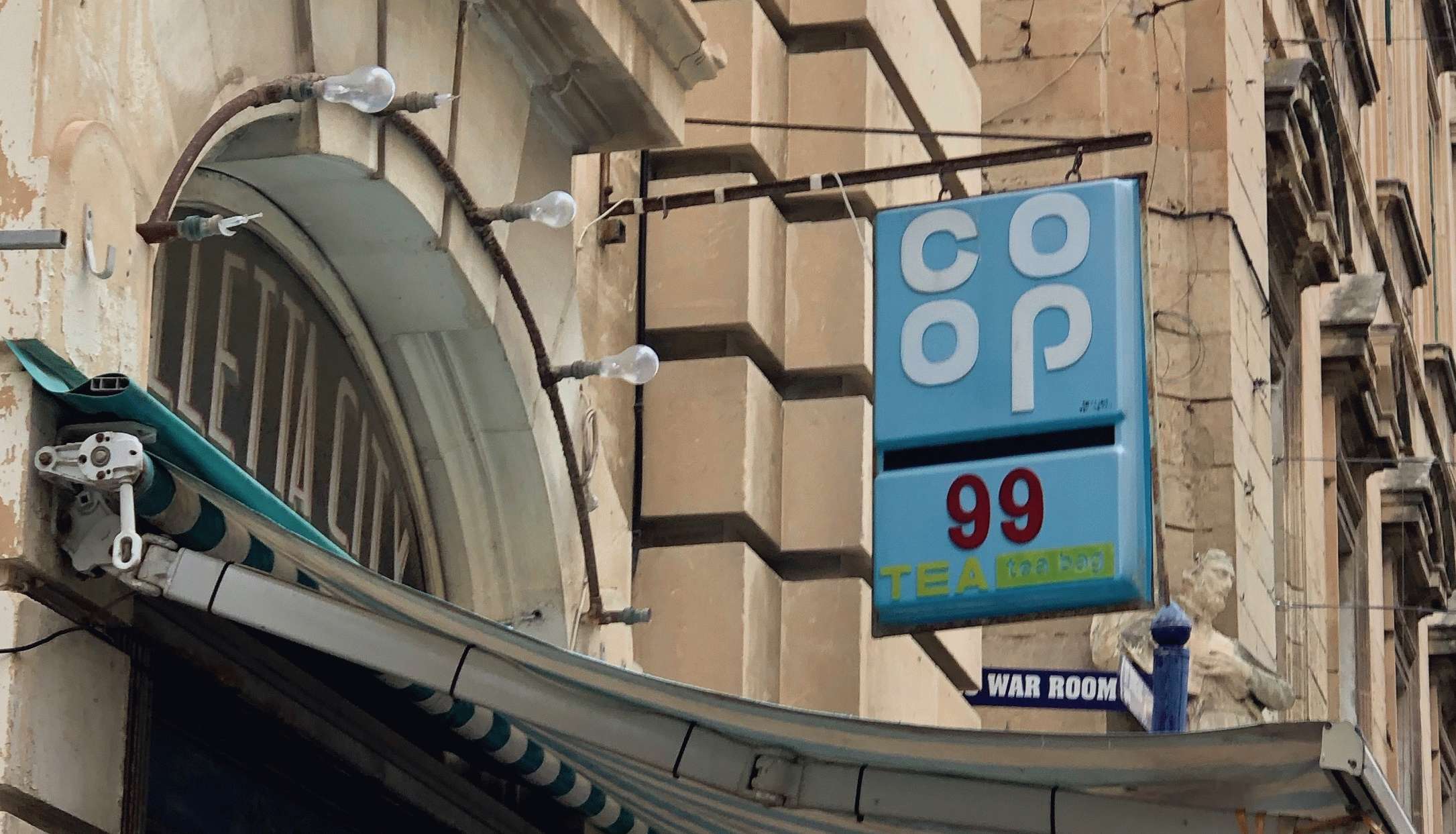 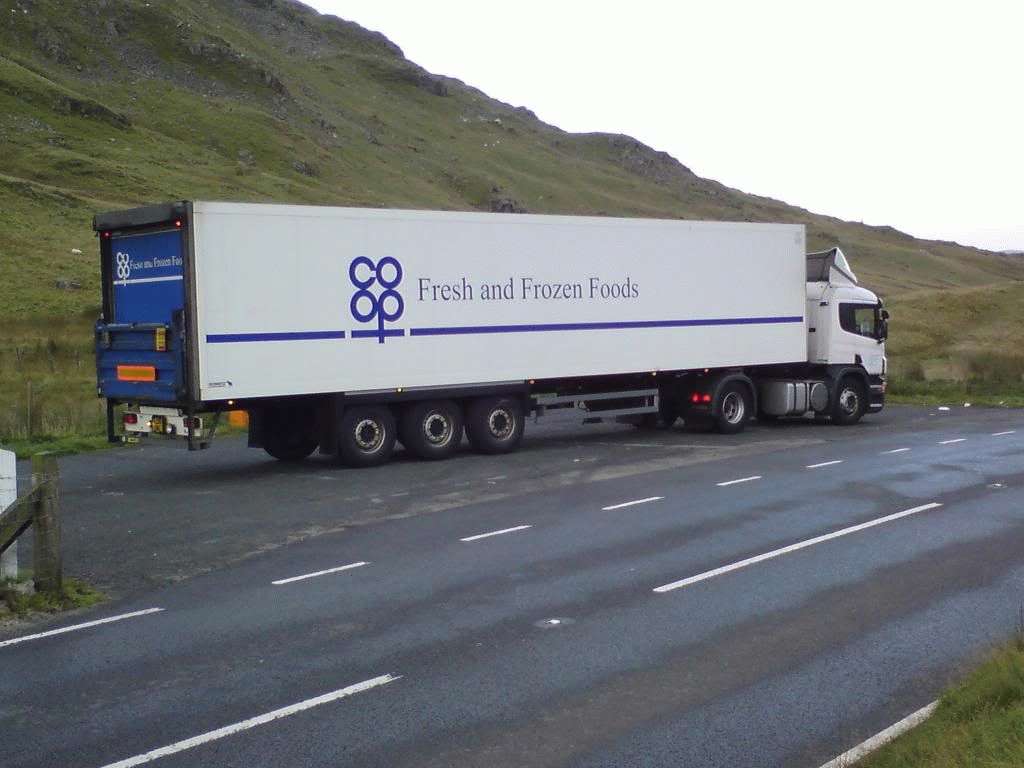 In 1993, a revised version of the logo was created.

This is still used today, by Clydebank Co-op and Lincolnshire Co-op. 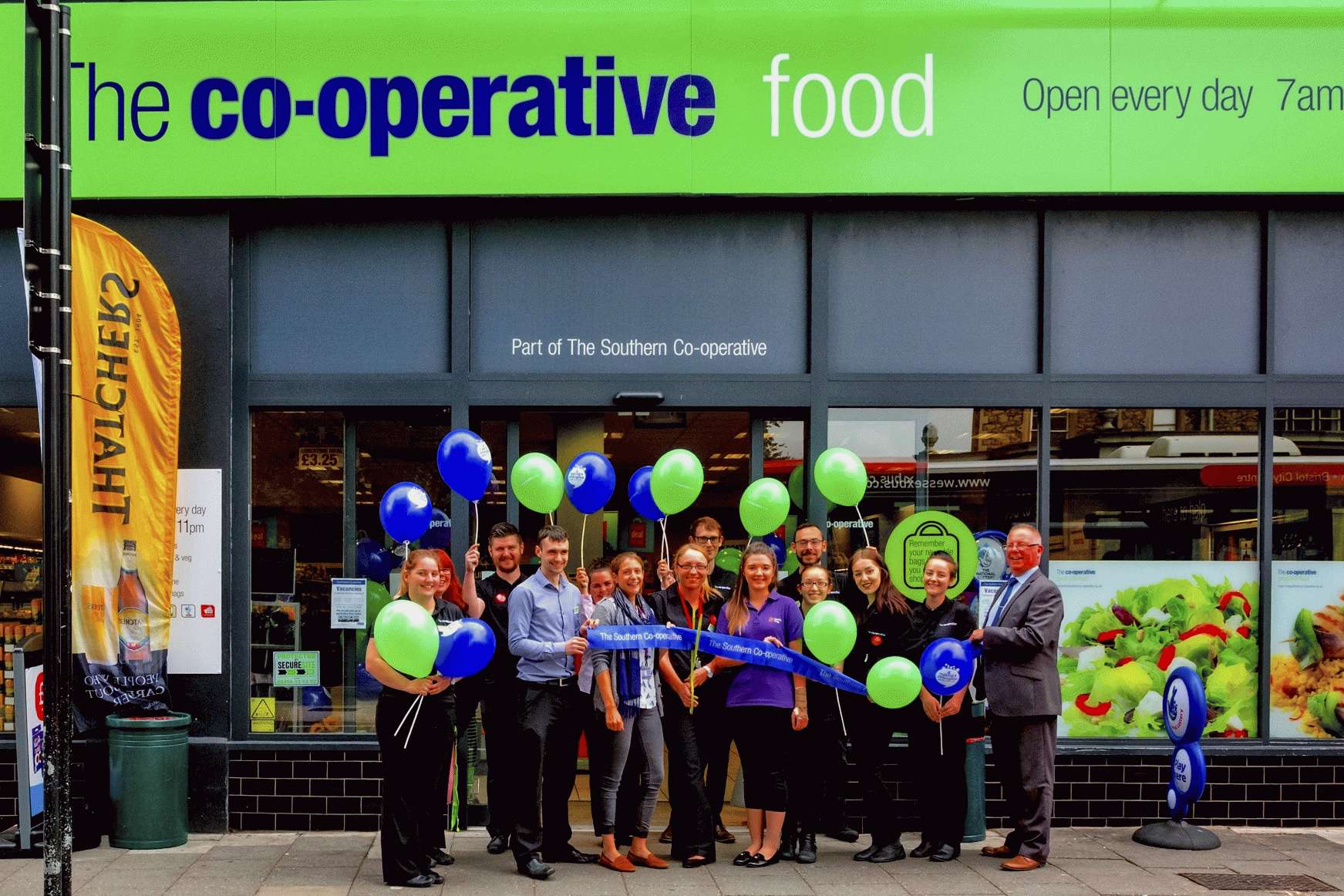 In early 2000, the co-operative movement called on the then Prime Minister, Tony Blair, to establish a "Co-operative Commission" to consider ways to ensure the survival of the co-operative business model into the 21st century.

The commission published its conclusions in January 2001 making recommendations regarding branding, including recommending the creation of a panel representing all sections of the movement should be established to monitor and maintain the positive image of the brand. The commission recommended that this panel should consider the "cloverleaf" logo's future.

Wikipedia tells me that The Co-operative Group worked with designers co-operative Pentagram to develop a new identity to replace the cloverleaf, and it would be called "The Co-operative". It was officially rolled out in 2008.

As of today, the following societies are using the 2007 brand: 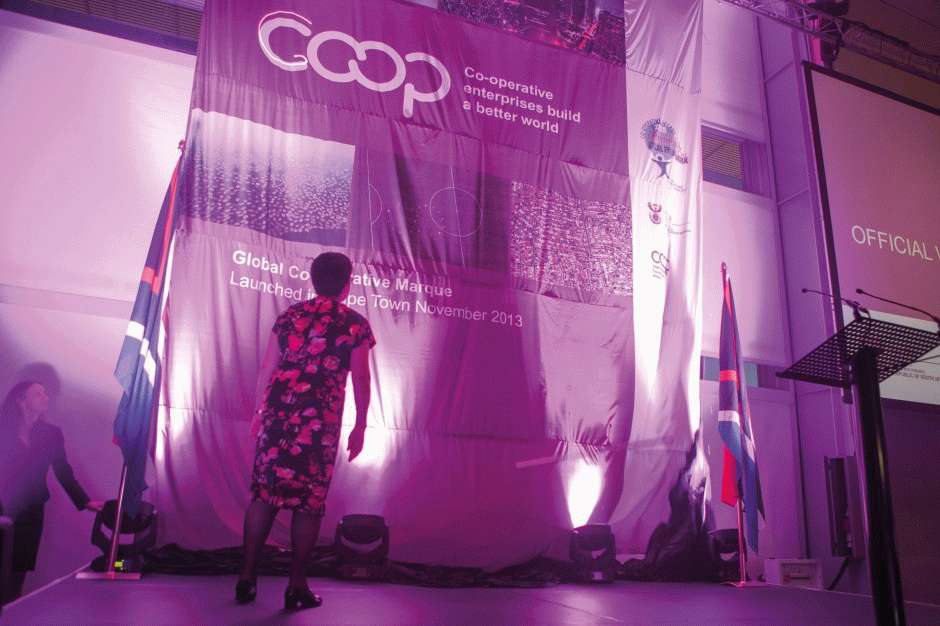 In November 2013, the global Co-operative Marque was officially launched at the International Co-operative Alliance’s conference and General Assembly in Cape Town.

“The idea was to create and strengthen values over a 10 to 20-year period with a globally known and differentiated symbol,” Ed Mayo, CEO of Coops UK, said of the marque.

He continued, "Here in the UK, there are 80 separate marques in the food sector alone. The key is to be able to get to the point of public recognition – that’s the point at which co-op identity begins to be a marketing asset. You don’t need to persuade people, they recognise you." 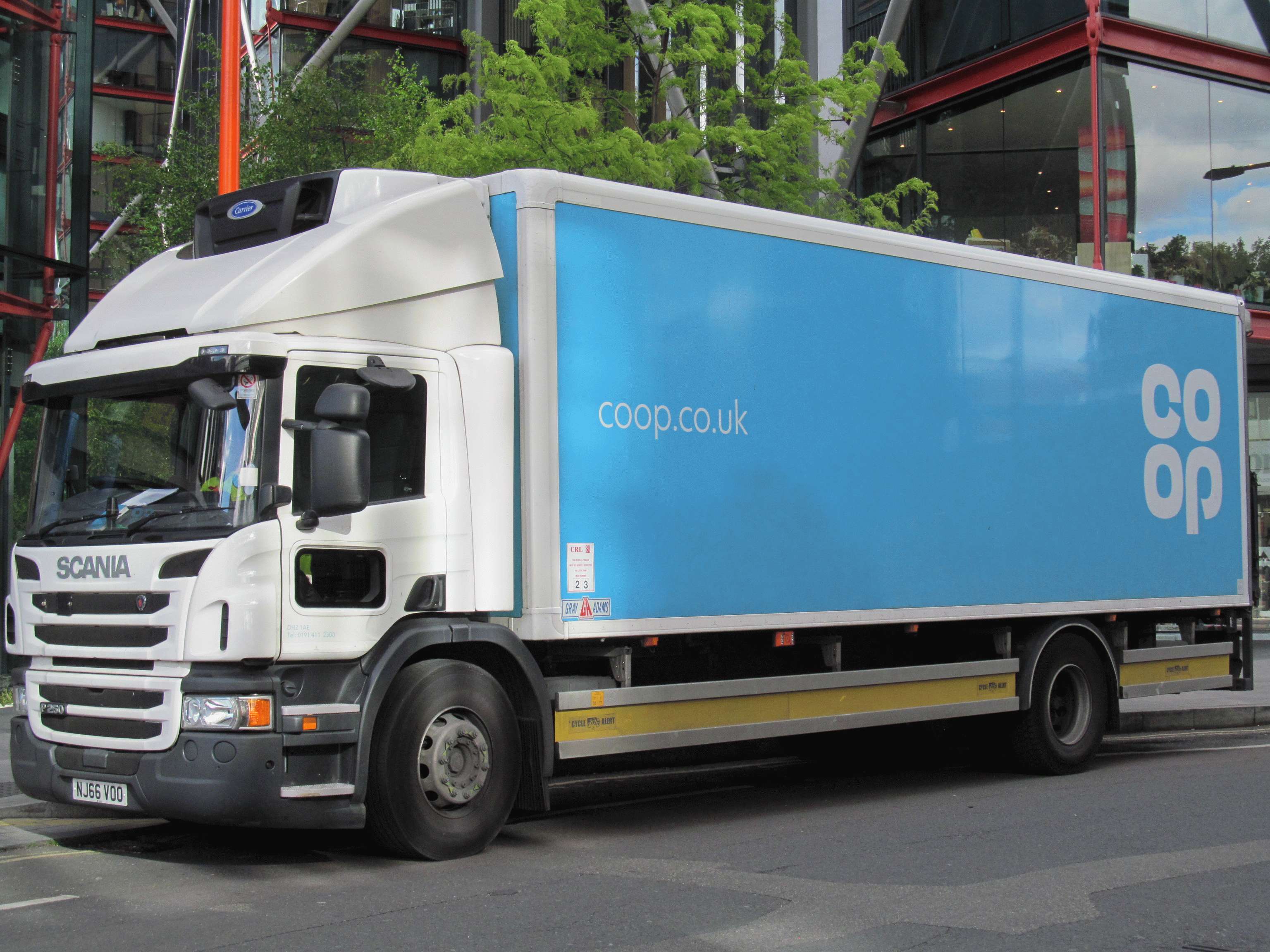 In 2016, the Co-operative Group announced at their AGM the roll-out of a refreshed design. I am unsure whether the 'panel', recommended in the Commissions 2001 report, were involved or whether it was disbanded after the 2008 branding, although that would seem daft as co-op branding is a movement wide issue as long as we have more than one co-op in existance - perhaps someone closer to it than I am could let me know and I'll update this.

This design replaced "The Co-operative" across all of the Co-op Group's stores.

As of today, the Co-operative Group is the only society to use this branding.

As of today, for grocery co-op retailing*, we have: 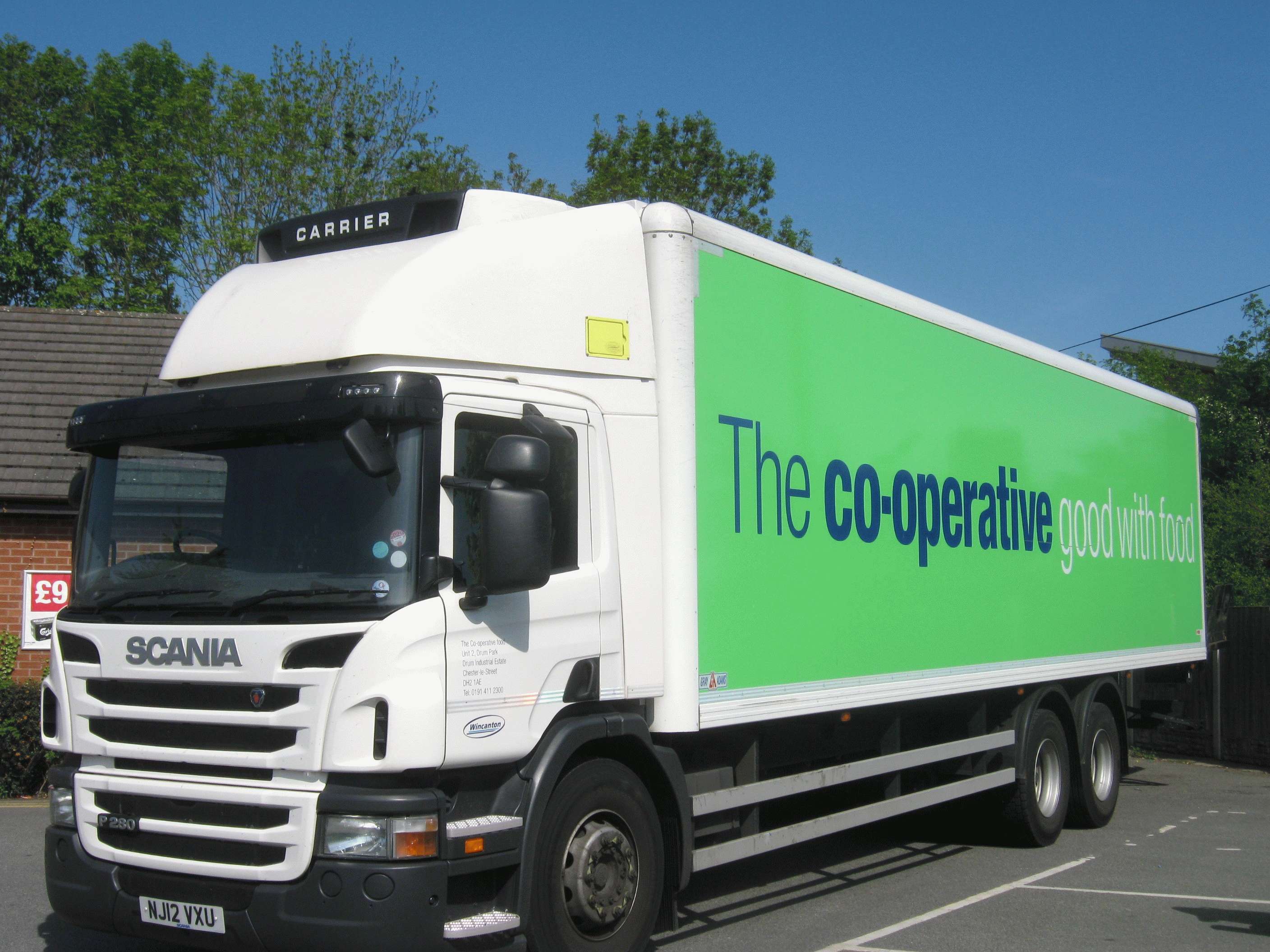 I think that the public are confused.

They see the new cloverleaf design from Co-op Group on all the advertising for co-op products, including TV, so they start to recognise this.

They see the branding of Co-op Group as "the Co-op", and the lorries driving up and down UK's roads changing from the old branding to the new branding.

"Does this mean there only is one co-op now?" I'm sure most of the general public must think.

This only serves to confuse the general public further - they see the Group stores in a fresh new design, and they see (most of) the independent societies with the older facade, the same one Group is replacing.

It is even worse when you have a Co-operative Group store with a new fresh facade, only metres away from an independent society's store with the older facade. Co-ops competing on each other's doorstops, instead of co-operating.

The ICA Marque in the UK 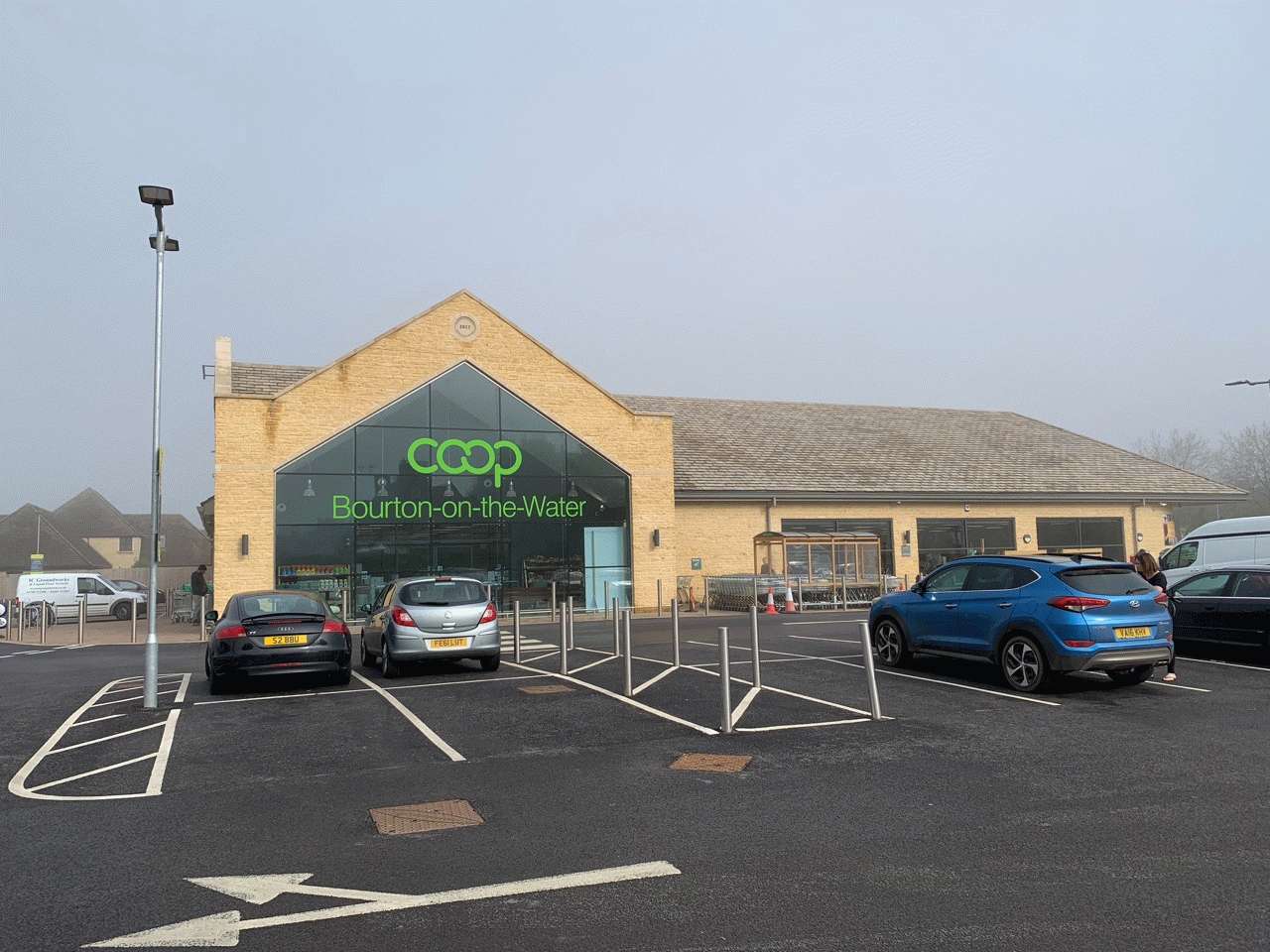 I'm not sure why the Co-op Group decided not to use the ICA marque, especially after reading Ed Mayo's words above, but I'm sure there was a reason.

However I am pleased to see some of the independent UK societies have been experimenting with using the marque.

The cover photo above is from a Scotmid store near Edinburgh, and I'm pleased to note that Scotmid are using this branding on all their refits and new stores going forward.

Midcounties Coop are also using the ICA marque in their larger stores, like Bourton on the Water.

A great opportunity for the independent co-ops

So this leads me onto the reason for this blog post.

As I mentioned in my presentation at the Cooperative Retail Conference earlier in March this year, I think there is a great opportunity for the co-op movement to get behind a global brand that the general population will, over the next few years, start to recognise. I'm involved in some other co-operative projects that will increase the awareness to the public of both this marque, and what a co-op is - especially to the younger generation, generation Z.

This is a chance for the independent societies to lead the way on embracing an international brand that makes it clear its a co-op AND that there are a lot more than just one co-op - there's over 3 million in fact!

It is very important that both the society name, and the marque, are embedded within whatever logo the society comes up with. Scotmid have nailed this, although it is easier for them with just 7 characters to worry about ;-) For someone like Central England Co-operative, I think this offers a great opportunity for the marketing team to come up with something that means every visitor to their stores knows this is not "The Co-operative" but this is "Central England Co-operative" who are proud to be one of the 3 million co-ops worldwide.

My dream future would be where all the independent societies adopt this marque, so customers from all over the UK instantly recognise this, whilst travelling or perhaps on holiday. Studies show the public recognise images more than text, so their eye would be drawn to the "Coop" marque first, then the name of the society. I think we'd then see pressure on Co-op Group to join in as well, over time.

Perhaps the UK independent movement can create a case study over the next few years, showing the international consumer co-op movement the impact a successful rollout of this has made to the UK market - and just maybe we'll see all consumer co-ops worldwide, adopting something similar. Imagine how amazing that would be, and the UK independent societies have the chance to make it happen, one by one, without even involving the other societies if they don't want to. 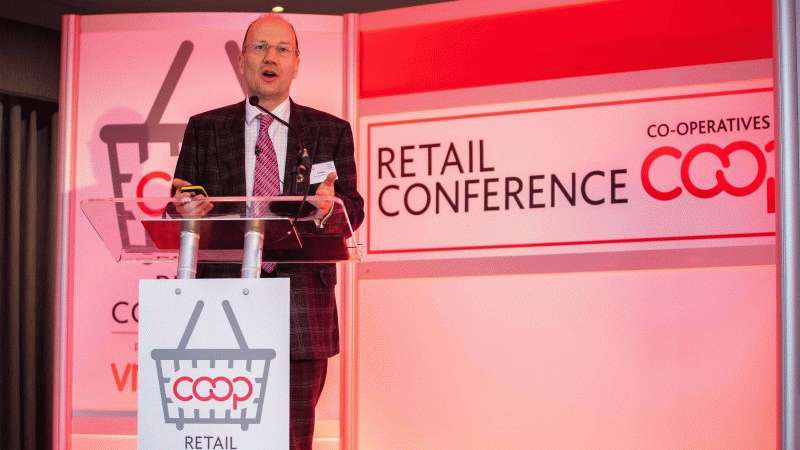 I want to finish by quoting Ed Mayo:

"The key is to be able to get to the point of public recognition – that’s the point at which co-op identity begins to be a marketing asset. You don’t need to persuade people, they recognise you."

We use necessary cookies to make our site work. We 'd also like to set analytics cookies that help us make improvements by measuring how you use the site. These will be set only if you accept. For more detailed information about the cookies we use, see our Cookies page.